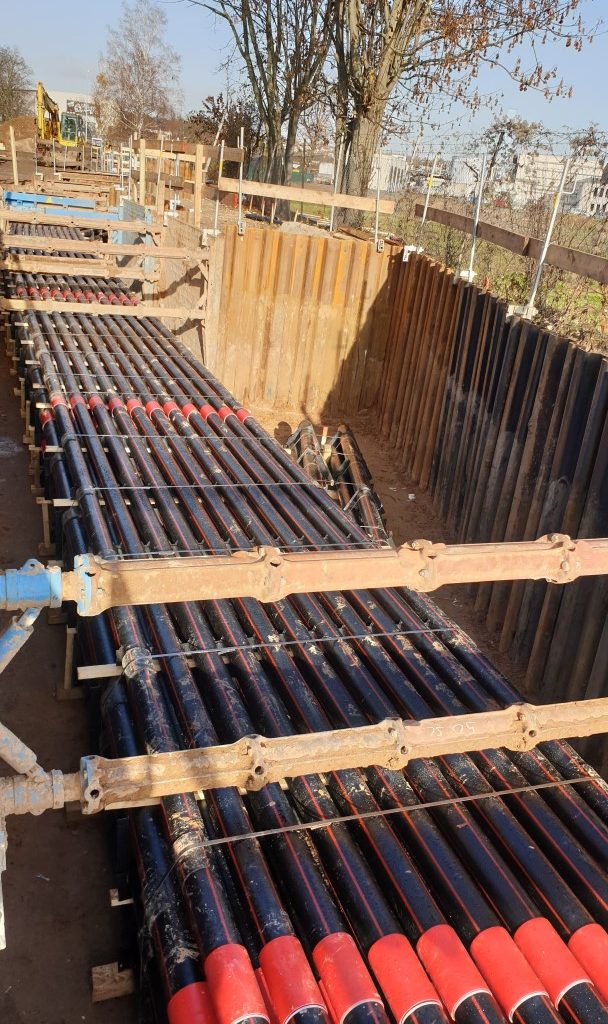 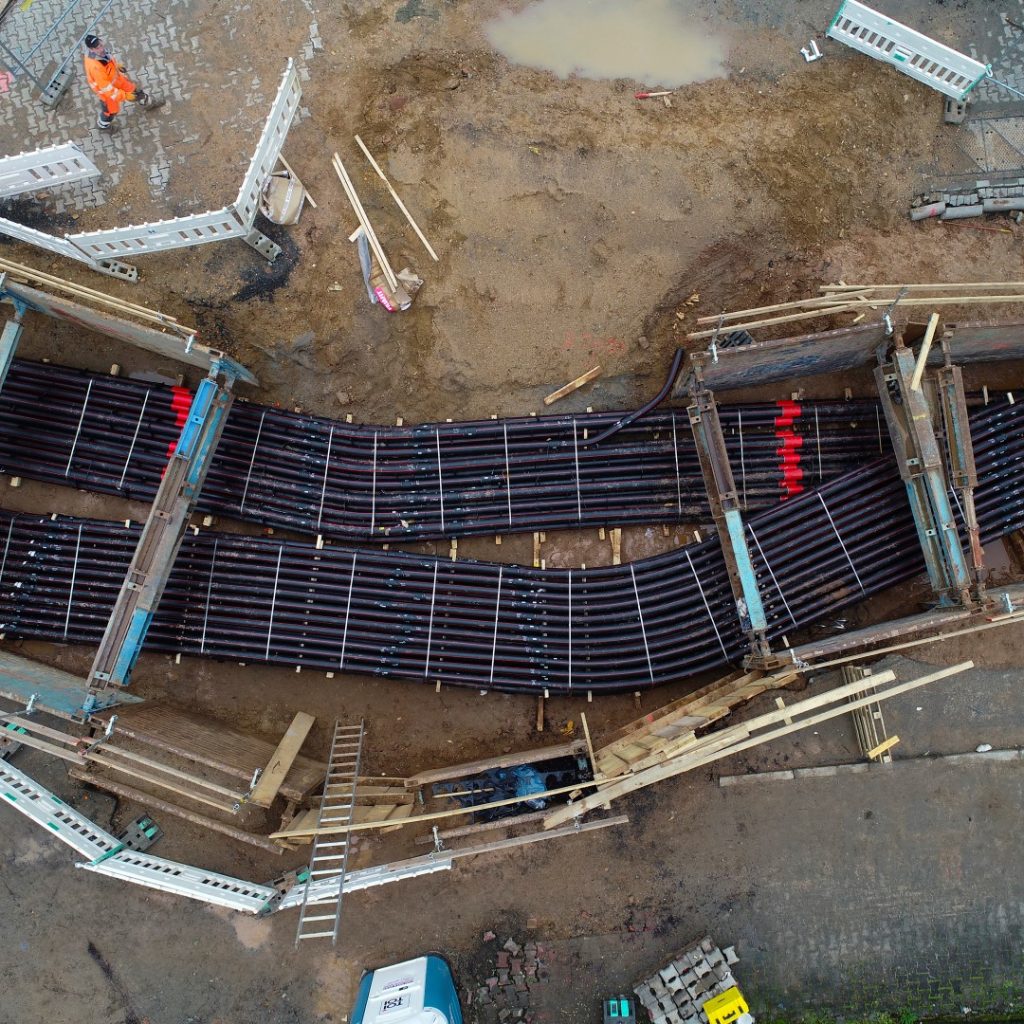 An empty pipe route needed to be laid to clear the construction site prior to the actual construction work for the Riederwald Tunnel project in the Frankfurt district of Fechenheim.

Consisting of thirteen d125 pipes and 30 d160 pipes, the protective duct bundle was laid along a total length of around 2 km and embedded in thermally conductive RSS Flüssigboden liquid soil.

Using liquid soil offers the advantage that it reuses existing excavated soil with the addition of precisely defined additives. This not only saves on disposal costs, but also allows the soil-like structures to be maintained.

Thanks to the liquid state, gaps between ducts are filled flawlessly without great effort. Once the soil has hardened, it can still be removed with a spade, meaning it is also possible to excavate again at a later stage. 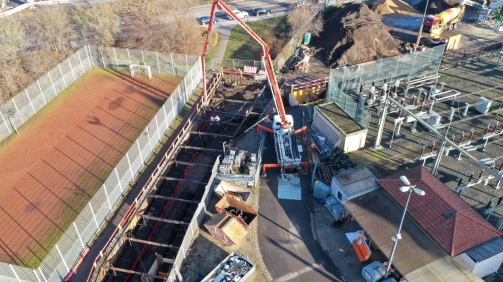 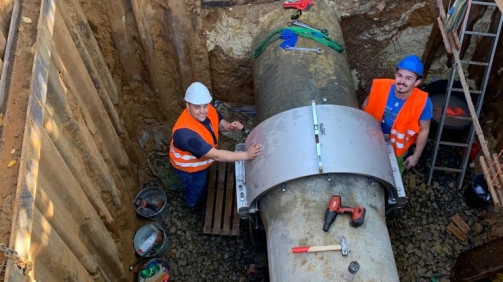 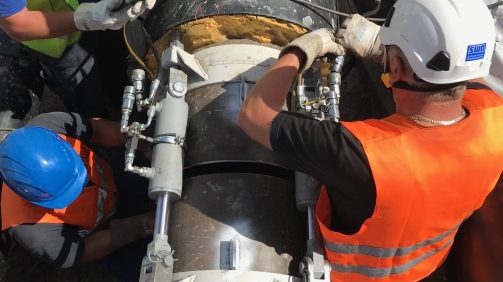